Employee spotlight: Andrew Bergeron on the other side of health insurance 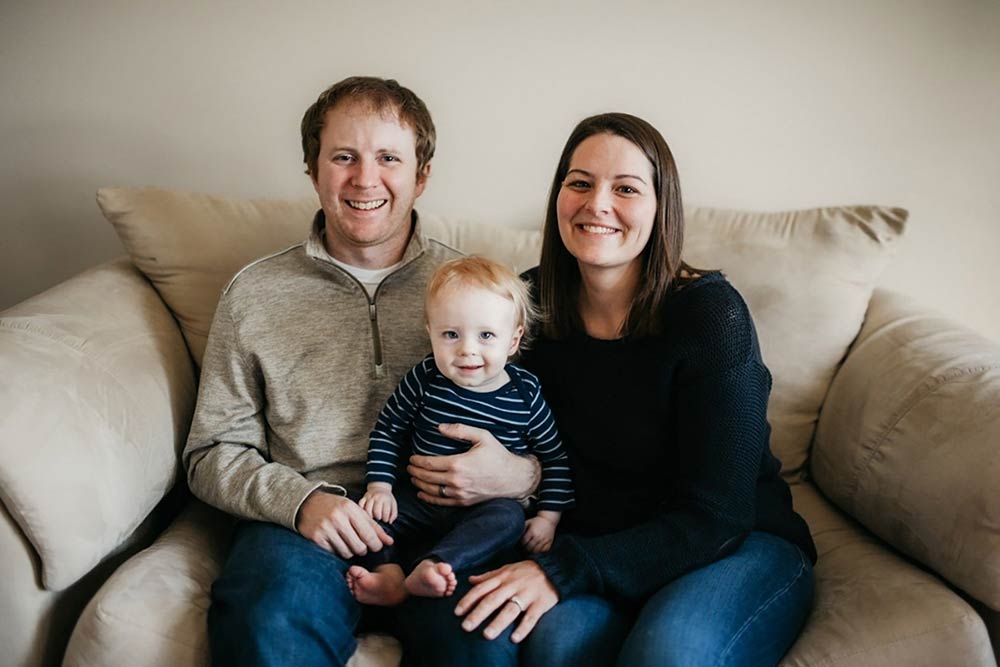 Although he has been here for a year, Blue Cross Blue Shield of North Dakota (BCBSND) Director of Contracting Andrew Bergeron is taking advantage of the warm weather to explore our communities. In this employee spotlight, he talks about why his family moved to North Dakota and what it’s like to be on the other side of health insurance.

About Andrew
Andrew was born and raised in and around the Duluth, M.N. area. He and his wife, Heidi, currently have a one-and-a-half-year-old son, Chase, and another child on the way.

In 2021, Andrew relocated to Fargo, N.D. to begin his new role at BCBSND. He was soon followed by his young family that fall. After a long and drawn-out winter, the Bergerons are eager to explore their new city and state.

“We like to travel, and that's one reason we ended up making this move – just to try something different,” Andrew said. “Now that it's finally summer, we're able to get out more. We’ve been going to different parks and playgrounds with my son between Fargo, Moorhead and West Fargo.”

Understanding the provider point of view
Before making the leap, Andrew was already familiar with BCBSND.

“I was working in a similar role as I am now but on the provider side, so I talked to a lot of people from BCBSND,” he revealed.

When he heard BCBSND was hiring for a new Director of Contracting position, Andrew was intrigued and reached out to Talent Partners in our Human Resources department.

“I had some good conversations about the role and what BCBSND envisioned for it. That really excited me – I wasn't stepping into an established department where I was just another cog in the machine, but I was able to come in and influence how we work with providers,” Andrew said.

“We work with providers to establish that contract between the two of us to build BCBSND’s network,” he shared. “Healthcare costs are continuing to increase, so we need to find that right balance with providers to ensure our employer groups and members can still afford to pay for insurance and get the care they need.

“Everything we do is focused on data – from a negotiation perspective – regarding trends in care delivered to members throughout the state,” Andrew continued.

For example, as Director of Contracting Andrew focuses on standardizing rates across providers. If one provider offers a service at a lower cost, he asks if that value could be consistent across our provider network.

“In conversations with providers, I bring up that we need to keep our members, their patients, at the center of everything we do because without them, none of us would be here,” he disclosed.

What #LifeAtNDBlue is really like for Andrew
One year on, Andrew has noticed something unusual about BCBSND.

“We may be viewed as a large organization by our community, but BCBSND feels like a small organization. You could walk down the hall, run into our President & CEO Dan Conrad and have a five-minute conversation with him,” he described.

"That doesn't happen at too many organizations, regardless of how big or small you might be,” Andrew added. “Everyone has their name plates, but when sitting in a room with a group of people from BCBSND, titles don't matter because we’re all there to solve a problem for our members.”

We thank Andrew for talking about his #LifeAtNDBlue and welcome his growing family to North Dakota.