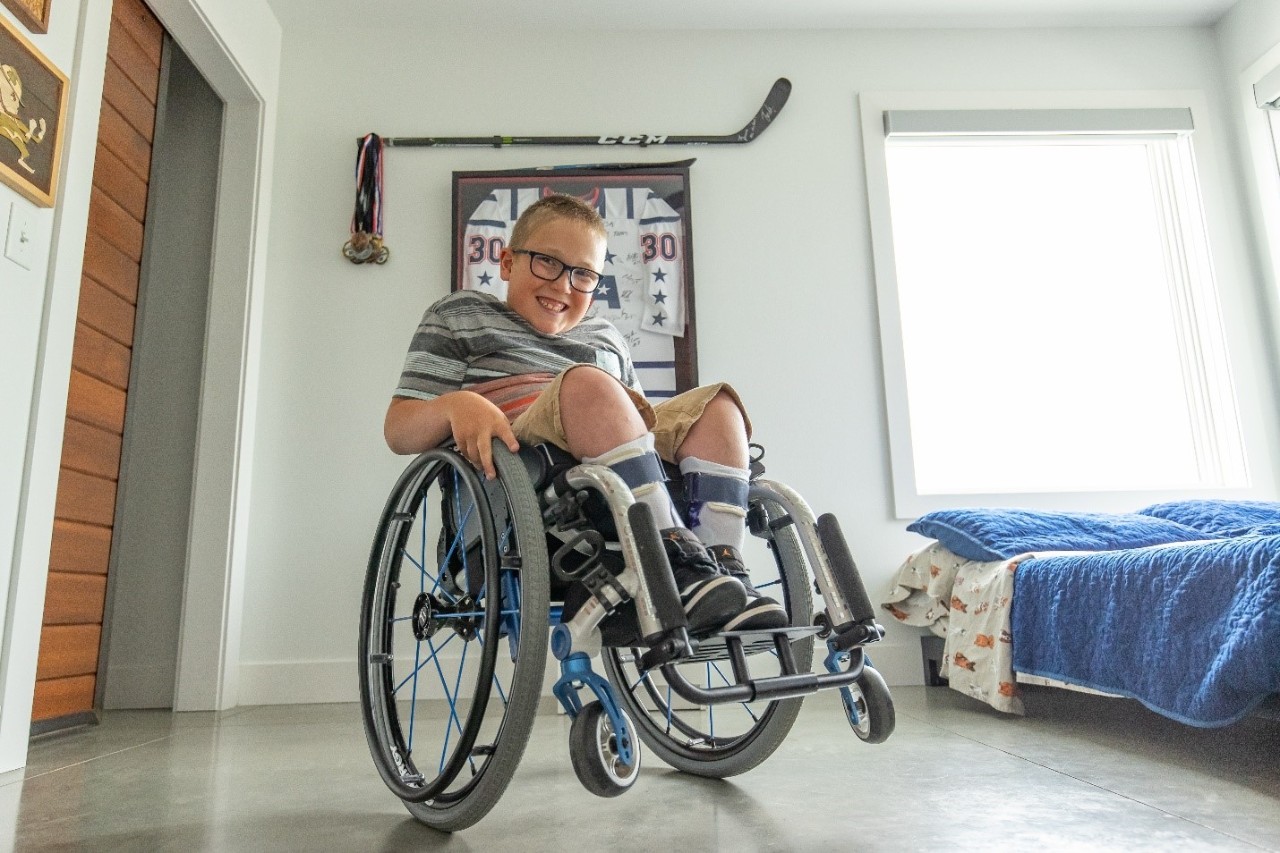 It was nearly a decade ago when Chad and Angie Thompson found out their second son, Palmer, would be born with spina bifida, a rare condition that affects the development of the spinal cord.

For the first few years of Palmer’s life, even crawling was difficult. The Thompsons had no clear idea of how mobile their son would be as he grew up.

Ten years later, Palmer is constantly on the move.

“Early on, the wheelchair was a scary thing for us,” Angie noted. Fears dissipated quickly, however, when Palmer was zooming around tight corners and doing wheelies in his chair.

Now one of four boys, Palmer keeps up with his brothers while playing hockey, baseball, golf and even riding a surfboard at the lake. But it’s his unbridled enthusiasm, the Thompsons say, that inspires those around him and lights up the room.

Palmer’s love of play led the family to start Prairie Grit Adaptive Sports in 2016. The organization aims to bring recreational opportunities to children and adults living with physical or developmental disabilities.

The Thompsons are glad they can share Palmer’s passion for athletics with others in the community. And, despite some challenging moments, they’re thankful for how the journey has shaped their family.

Angie added that having an advocate at Blue Cross Blue Shield has made it easier to deal with the ups and downs over the years.

Through extended hospital stays and weekly therapy sessions, support is always a call or email away.

“We’re very thankful for all of the trials because they’ve made us who we are,” she said.

“We just want Palmer to know that he can do anything.”