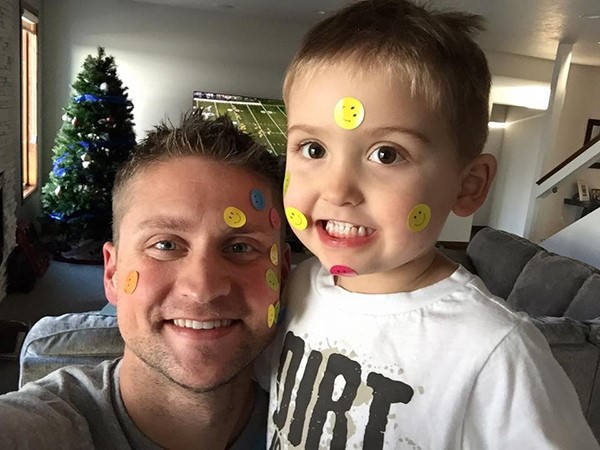 BCBSND member Ryan Lundell’s son, Kolby, is a busy little guy! He loves playing outside and spending time with dad. But one day Kolby started to complain about his ear hurting. He seemed to be okay and it didn’t slow down his daily activity. Then the next evening came, and Kolby stopped playing and started to grab his ears in tears. Ryan and his wife were worried that he had an ear infection. “Since my son was born, he has continually suffered with chronic ear infections,” Ryan says. “He has had multiple ear infections every year for the past six years, some of which led to six ear drum ruptures.”

They wanted to get him in to a walk-in clinic as soon as possible but being that it was 7:30 p.m. on a Friday night, all the walk-ins were closed. Now they were very worried that they’d have to wait until tomorrow, take him to the ER or that his ear drum would possibly burst again. But then Ryan remembered reading about a telehealth service in his benefit plan book called AmWell. “It took a matter of minutes to create a profile,” Ryan says. After creating a profile and getting logged in, it took less than 30 minutes before he and his wife were video chatting an MD. “Just a few minutes after speaking with the MD, we had a prescription to treat his ear infection and were driving to the pharmacy,” Ryan says. “It was such a quick and easy process.”

Ryan says he plans to use AmWell in the future, not only because it was convenient when all other options weren’t available but it’s safer and affordable. “Not only does  this benefit save you a trip to the doctor’s office, additional exposure to the germs in the clinic, but also saves on your pocketbook,” Ryan says. “If we didn’t have access to that 24/7 care, we wouldn’t have been able to get my son’s prescription that night unless we spent significantly more at the ER.”

Ryan also mentioned how it was nice to have his living room as his waiting area compared to the walk-in clinic. “You can sit on your couch and watch TV while you wait to get connected to a medical professional,” Ryan says. “What a great benefit! I highly recommend trying AmWell.”