FARGO – Two Blue Cross Blue Shield of North Dakota (BCBSND) employees have been named by U.S. News and World Reports as two of "America's Top Doctors" in the region.

BCBSND Interim Chief Medical Officer Dr. Eunah Fischer and Medical Director of Behavioral Health Dr. Kenneth Fischer have been included in the U.S. News and World Reports listing of top doctors in this area in their areas of specialty. Dr. Eunah Fischer was listed among the top area doctors in internal medicine and was also was recognized for her special expertise in geriatric medicine. Dr. Kenneth Fischer was recognized for being a top local doctor in child and adolescent psychiatry and his expertise in anxiety and mood disorders, depression, ADHD and family/relationship issues.

"We are so fortunate to have the Fischers with us," said Paul von Ebers, BCBSND's president and CEO. "They are top in their field and to have them working on the important work we do in the area of medical management simply solidifies that we are doing the right thing, with the right people in place."

Sharon Fletcher, BCBSND's senior vice president of Provider Relations and Reimbursement and Medical Management, said in her time working with the Fischers that it became clear they are outstanding in their fields.

"Both Drs. Eunah and Kenneth Fischer bring an extraordinary amount of expertise to our organization," Fletcher said. "I am pleased to be working with such professionals and am proud of the contribution both have made to the medical field. Our members greatly benefit by having both as part of our team."

"We are humbled by this honor, and grateful to be part of Noridian's mission of stewardship, evidence-based outcomes driven care and sustainability," Drs. Eunah and Kenneth Fischer said in a joint statement.

The U.S. News and World Reports list, which was released two weeks ago, is based on a peer-nomination process and nominations were reviewed by a physician-led research team from Castle Connolly, a New York City-based company. Doctors were not allowed to nominate themselves.

Dr. Eunah Fischer joined BCBSND in 2010 as a medical director. Previously, she was an internist at Sanford Health and a clinical assistant professor of medicine at the University of North Dakota (UND), Grand Forks.

A native of Seoul, South Korea, she earned her bachelor's degree from the University of California, Santa Barbara, and her medical doctorate from Dartmouth Medical School, Hanover, N.H. Her post-graduate medical education was completed at Harvard Medical School and at the University of North Carolina, Chapel Hill. Before joining Sanford, she worked in a private practice in Chapel Hill, N.C.

At Sanford Health, Dr. Eunah Fischer received the N.D. Diabetes Care Provider Gold Achievement Award in 2005, 2007, 2008, 2009 and 2010. Presented by BCBSND in cooperation with the N.D. Department of Health Diabetes Prevention and Control Program, the award recognizes providers who have demonstrated excellence in managing their diabetes patients' care.

Dr. Kenneth Fischer joined BCBSND in early 2011. He previously worked as a child/adolescent psychiatrist at Sanford, and as a clinical assistant professor in the Department of Neuroscience at the UND School of Medicine and Health Sciences, Grand Forks.

He earned his bachelor's degree from the University of Notre Dame, South Bend, Ind., and his medical doctorate from the UND School of Medicine. His post-graduate medical education was completed at the University of North Carolina, Chapel Hill. During this time, he also served as a Medical Corps Officer in the U.S. Army Reserve National Guard. Before joining Sanford, he worked as an attending physician at Prairie St. John's Psychiatric Hospital, Fargo.

About Blue Cross Blue Shield of North Dakota
BCBSND is a member-owned, not-for-profit independent licensee of the Blue Cross and Blue Shield Association. As North Dakota's largest provider of health care coverage, BCBSND is taking BOLD steps to collaborate with doctors, hospitals, clinics and members to ensure affordable access to quality health care in the state. To learn more about BCBSND, visit www.BCBSND.com. 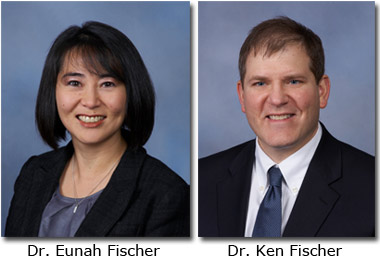