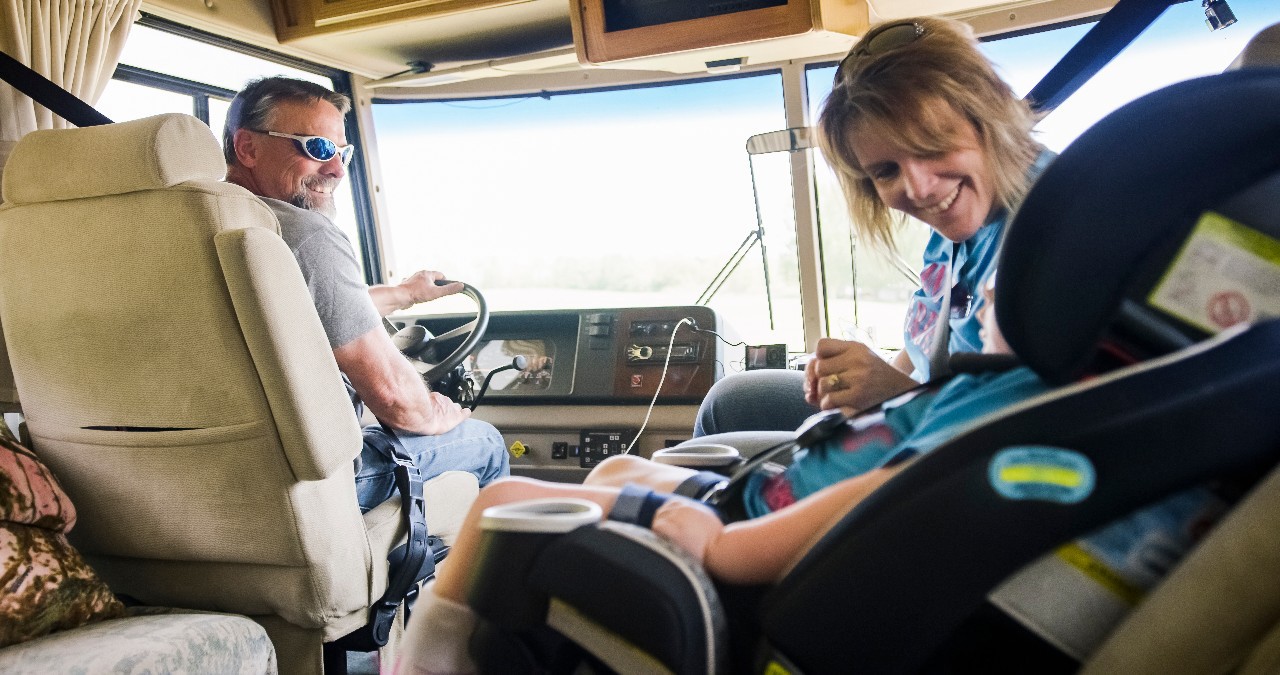 From their rural home, these road warriors have traveled in their “second home on wheels” south to Texas, north to Canada, west to Colorado and east to Niagara Falls, plus many points between. Their goal—to help their young daughter, Anna Jo, live her best life.

It’s not the life Royce and Jennifer Shoemaker expected when they brought a seemingly healthy baby girl home from the hospital seven years ago. Eight weeks later, Jennifer found Anna Jo convulsing in her crib. It was the first of countless seizures and the beginning of a long road to a diagnosis.

The ongoing care demands left Royce and Jennifer feeling extremely isolated. That is, until they were assigned a BCBSND member advocate to help navigate Anna Jo’s complex medical journey. “When a doctor suggests a piece of medical equipment at home, BCBSND advocate Kara helps make it happen,” reports Jennifer. Kara also watches over billing and calls providers on the Shoemakers’ behalf to get it corrected. “That takes a lot off my plate.”

From mourning to a motor home

As the uncertainty of their family’s future became clearer, the heartbroken Shoemakers spent some time mourning the life they thought they’d have together. But soon, they began writing their own story—and the motor home is an important part of it.

A common practice among those with critical conditions is staying close to home and close to providers. The Shoemakers' motor home investment allows the family to escape their home confinement and create memory-making experiences. They pack up food, clothes, equipment and meds, and away they go. “She’s a great traveler,” notes Royce.

As with all cardholders, BCBSND membership includes access not only to North Dakota doctors but to providers across the country and around the world. “To know that when we’re on the road, if we have a problem, we’re covered by BCBSND,” says Royce. “Whatever trip’s next, we’re going to be okay.”