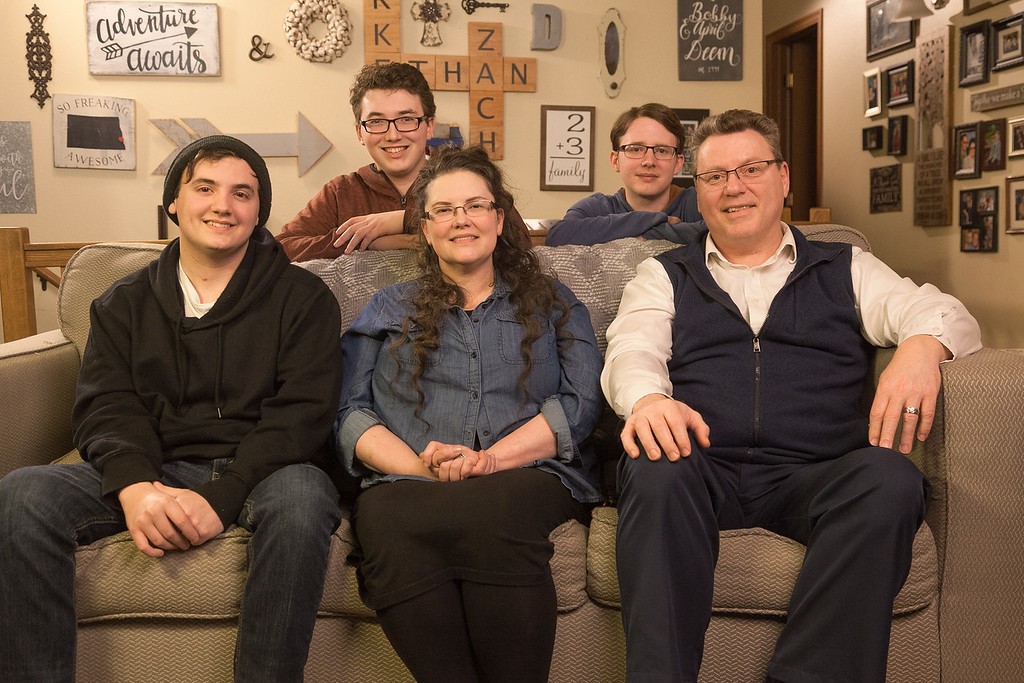 Zachariah Deem, left, sits with his family in Fargo, ND.

Life for the Deem family took a sudden turn at 5:00 a.m. one morning when 14-year-old Zachariah woke up with excruciating pain in his legs. Recently relocated from Texas to North Dakota, Bobby and April Deem had been monitoring what they thought was a stomach bug in their son.

After an ambulance ride to Sanford Medical Center and multiple blood tests, doctors diagnosed Zachariah with acute lymphoblastic leukemia (ALL). Luckily, the leukemia cells that had taken over 80% of his bone marrow were treatable.

Despite being on a feeding tube, the Deem’s son dropped down to only 103 lbs. They nearly lost him twice during the taxing treatments.

April spoke about the difficulties of navigating her son’s medical situation, saying it often felt like “trying to understand a foreign language.”

Guidance, she said, came from Kara Carpenter, a Blue Cross Blue Shield member advocate who helped the Deems navigate the health care system and put their minds at ease through it all.

Member advocacy gives those in critical situations a person to turn to. One who can help answer tough questions like: What are our choices? What's covered? What's next?

“Kara empowered us to ask the right questions,” Bobby Deem added, which let them focus on getting the best care possible for their son.

This exceptional care, support from a tightknit family and Zachariah’s own lighthearted optimism, eventually prevailed.

In December 2019, four years after his initial diagnosis, Zachariah had his chemo port removed and his final blood draw. He was cancer-free and beaming with a big smile as he rang the bell at the Roger Maris Cancer Center in Fargo and posed for photos to mark the end of his treatment.

Describing his feelings after beating cancer, Zachariah said he was finishing the race not only for himself, but for all the kids who hadn’t been so lucky against ALL.

“I want to give hope,” he said, “to all the kids and the families who are fighting this.”